The northern tier of the country has felt the effects of a ridge of mid/upper level high pressure. We’ve had 3 consecutive days of 90°+ heat in Marquette, quite unusual at any point but especially in June! Spring is somewhat extended here because Lake Superior takes awhile to warm up.

On Sunday June 6th, we recorded a high temperature of 95.2°, our hottest recorded temperature since measurements began July 10, 2015.  Overnight our low dropped to a mere 74.9° — the warmest low in station history.

A Red Flag Warning was posted Sunday due to a combination of high winds, hot temperatures, low dewpoints, and lack of recent rainfall. Average dewpoints during the heat wave have only been in the upper 50s. That has certainly kept it from feeling muggy, but didn’t help protect grass or forests from fire. Only 0.04″ of rain has fallen so far in June, and only 0.84″ fell in May (normal during this period: ~ 3″). A paltry 8″ has fallen all year and we’re almost halfway through the year (normal yearly precipitation: ~ 30″).

We are not in a drought yet, as technically defined, due to several years of significantly above normal precipitation. Points to our west, however, are in various states of drought, especially far west. Keep in mind we are upwind from these locations. Last year we had quite a hazy/smoky period in town from wildfires in Western Canada, Washington State and California. So we are not unconnected from the larger trends.

An approaching cold front today should put the kibosh on further bouts of near-record heat. But we sure could use some rain!

I suppose the upside to this, hopefully, is a pause in rising lake levels which have been at or above record levels throughout the Great Lakes Region including Superior. 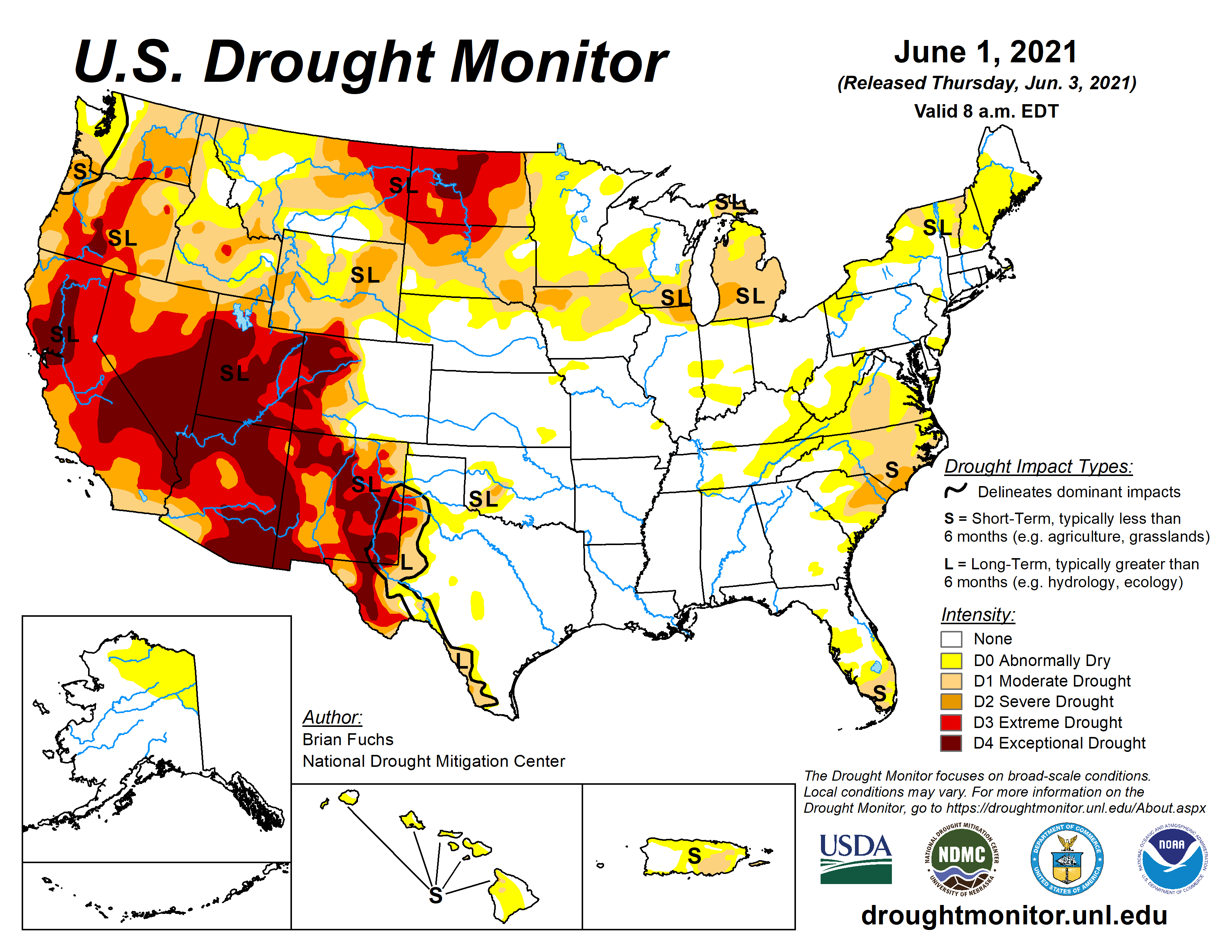